Ciou was inspired by parades, carnivals and Hokkaï (a Japanese ghost). Her parade is a mix between a dark celebration and happiness. You can join her Black Parade and find new horizons. Let the magic begin!

Ciou comes from Toulouse, the pink city in the south of France. Her first important exhibition was in 2004, in New-York at the flux Factory with Miss Van, Camille Rose Garcia, and some other girls. After this show, she had some exhibitions in Paris, Barcelona, Berlin, Rome, New-York, Portland, Brussels and Amsterdam with
confirmed artists like Miss Van, Camille Rose Garcia, Junko Mizuno,Sunny buick, Lisa Petrucci, Tara Mc Pherson.

In may 2009, she made a solo show " Nymph" at the Kochxbos Gallery in Amsterdam. She brings you in nature where the modern nymphs lives with their strange delight. Future Projects include her first book "Chat Siamois" with her first vinyl toy, with the scenarist Guillaume Bianco, venusdea editor and a lot of new drawings and paintings.

Ciou's artworks are cute and scary, a mixture between wonderland and nightmares.
She paints with acrylic and ink and makes collage for the background. The Background is composed by a lot of little old papers taken from old dictionaries or medical books. 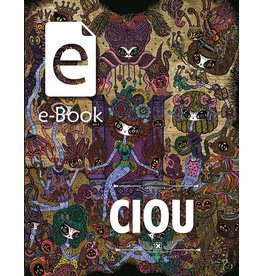 (E- BOOK) Available now as an eBook in pdf format. Both page by page and spread format.

The beautiful and stunning art by Ciou finally collected in one beautiful book. 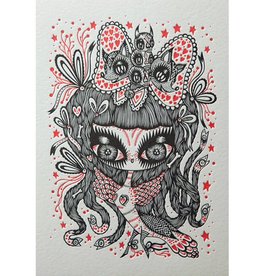 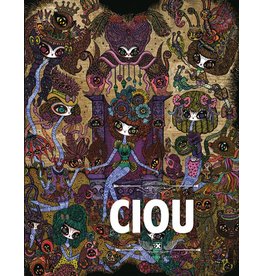 The beautiful and stunning art by Ciou finally collected in one big and beautiful book.
* Every book comes with a cool transparant sticker sheet.
Add to cart
Ciou Collected Works
€35,00 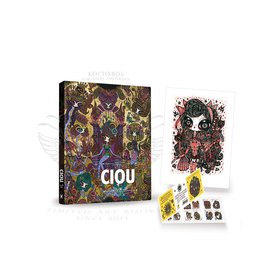 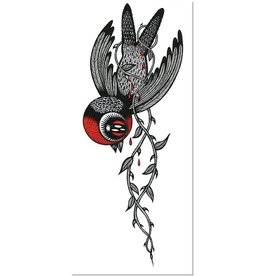 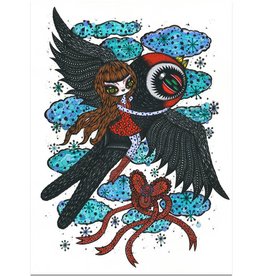